Many of the NGO’s who participate in the European Commission’s Europe for Citizens Programme took part on 2/3 April in the Europe for Citizens conference in Brussels. Entitled ‘History Defines our Future’, this event included a parallel track on countering disinformation called ‘The Power of Words – the role of civil society in building citizens’ media literacy, countering disinformation and carrying the voice of European citizens”. The track began with a panel discussion chaired by Paweł Świeboda from the European Commission’s think tank – the European Political Strategy Centre. The 3 panelists were Viktoras Daukšas, Head of the Debunk.eu initiative in Lithuania, Joanna Krawczyk, President of the Board, Gazeta Wyborcza Foundation, Poland and Sally Reynolds, Media and Learning Association/ATIT. 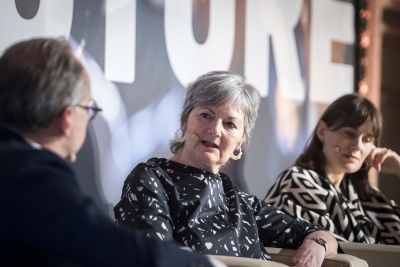